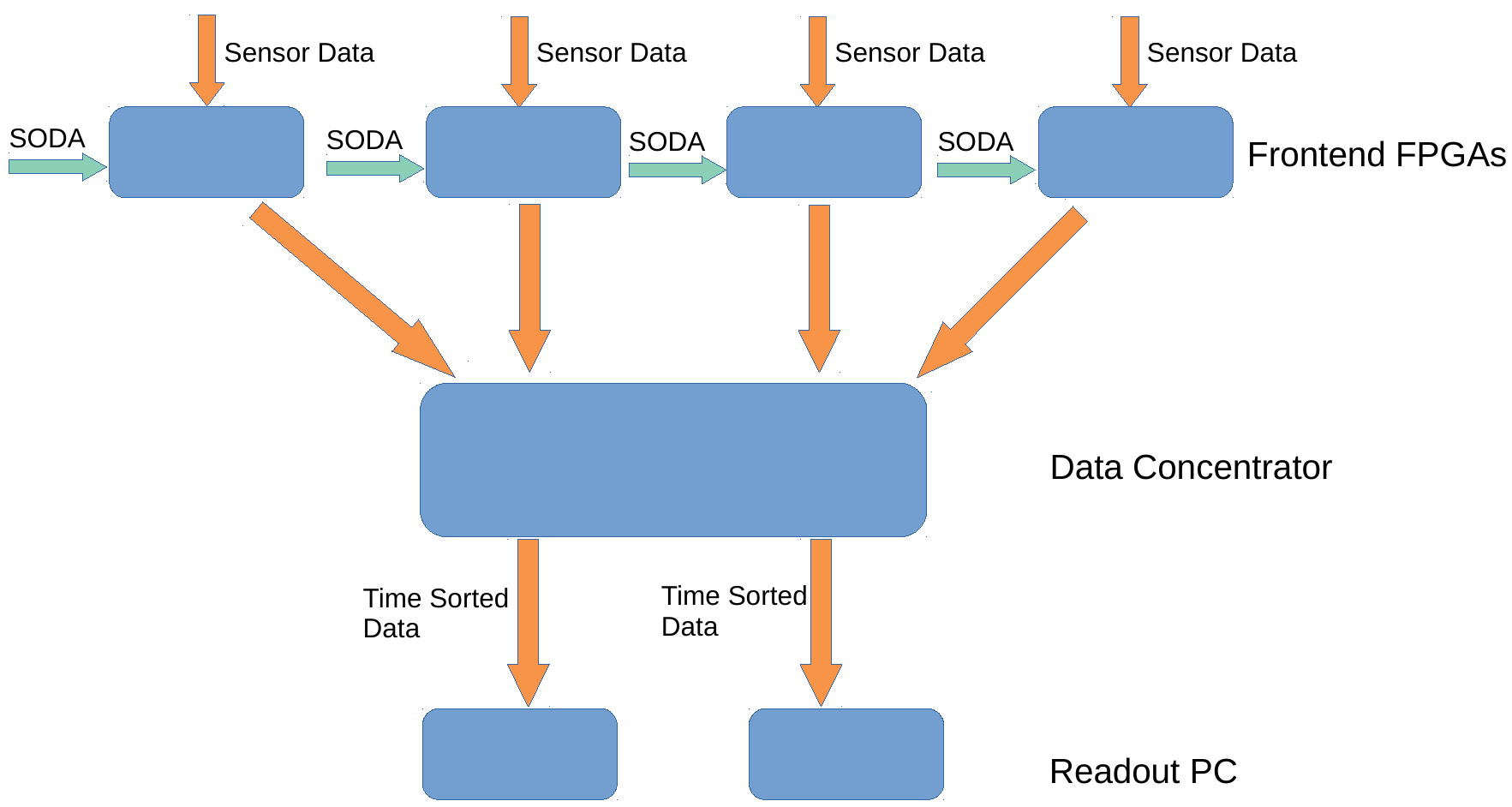 The front-end FPGA firmware is designed to accept the 8b10b encoded sensor hit data in the form of LVDS signals at speeds of up to 1.6 Gb / s and perform some initial processing. This includes, for example, the decoding of the hit coordinates and the conversion of the time information from a Gray encoded counter into a binary counter. In order to be able to later correlate the hits of the luminosity detector with events in the PANDA detector, the global time information from PANDA (SODA) is also integrated into the data stream at this point. The front-end board is the Hades Trigger and Readout Board.

The data streams of the individual front-end FPGAs are merged by a layer of further FPGA boards, so-called data concentrators. Since the hits of the sensors are not read in a time-ordered manner, sorting of the hit information by means of the time stamps takes place here as well. The sorted and merged data stream is routed via optical data cables to computers with fast graphics cards. There it is transferred via PCIe-FPGA expansion cards into the memory of the computer.

To reconstruct the tracks, the hit data must first be searched for track candidates. For this only hits are considered, which lie in a time window around each other. These hits are then combined to so-called triplets and triplets with a minimum breaking angle are searched for. A set of triplets can be combined into one track candidate if they share two hits in adjacent layers of the luminosity detector. In order to obtain the track parameters of the thus found track, a general-broken-line fit is finally carried out, which is able to take into account the multiple scattering in the detector layers. 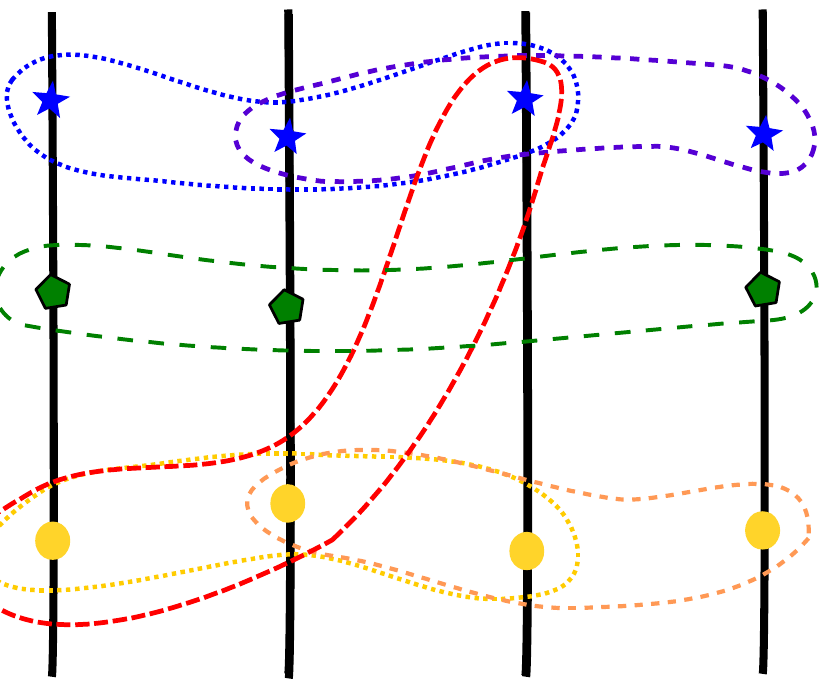 The obtained track parameters are stored together with the corresponding hits for later offline processing. Hits that could not be assigned to a track are discarded.