The BESIII experiment (Beijing Spectrometer III) is located at the Institute of High Energy Physics (IHEP) in Beijing and is designed to study physics in the charmonium sector, open charm physics and light hadron decays, as well as studying the tau lepton. The expermient started data taking in 2009. In total, more than 450 scientists from 66 institutes in 14 countries contribute to the success of the BESIII experiment. 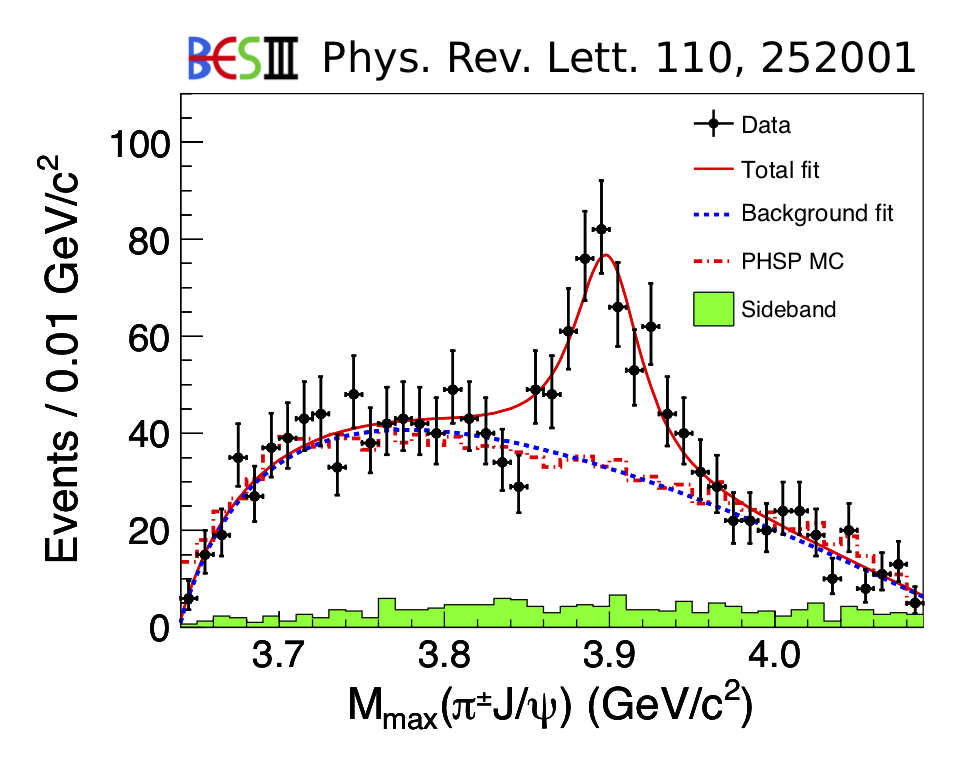 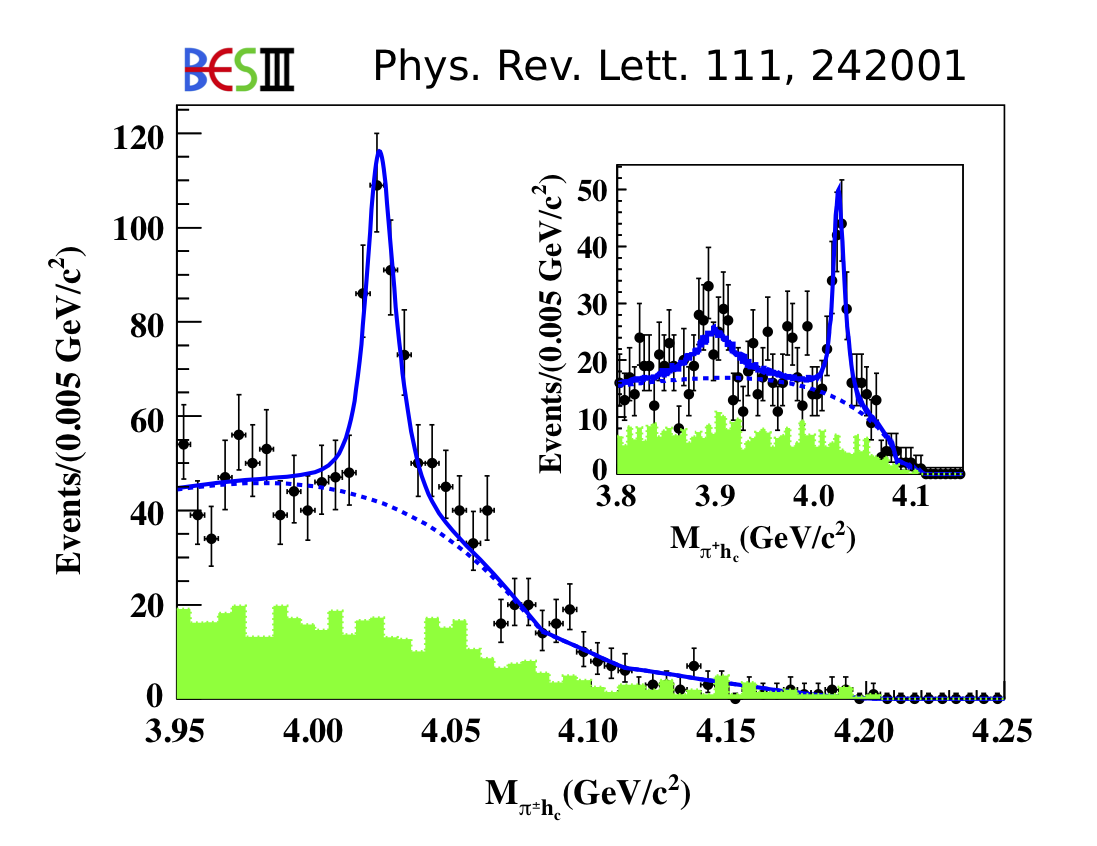 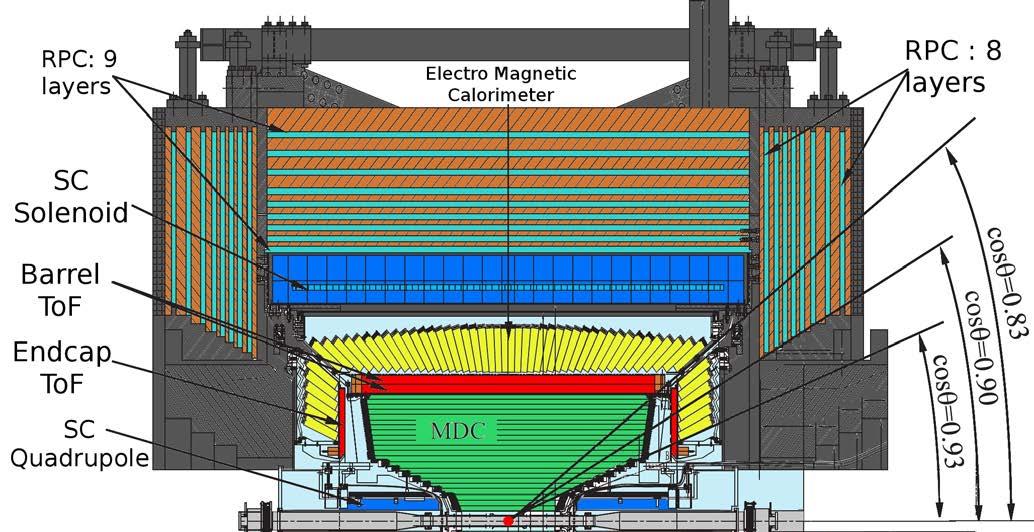 For this purpose, electrons and positrons are first accelerated to beam energies of up to 2.3 GeV in a linear accelerator, collected in a storage ring and then collided in the interaction point. In order to collect all the information of the processes involved, the detector built around the interaction point has numerous subdetectors that allow particle identification and the reconstruction of the particles trajectories.
The interior of the cylindrically symetric detector consists of 4 major detector layers: the main drift chamber (MDC), a time-of-flight detector (ToF), an electromagnetic calorimeter (EMC) and a moun detector (RPC). The inner three layers reside within the super conducting solenoid magnet (SC Solenoid), which generates a 1T strong magnetic field.